Before we get started let’s take a look at the history behind Linux. Linux is based off the Unix kernel. The Unix kernel was implemented in 1969 at AT&Ts Bell Laboratories by Ken Thompson, Dennis Ritchie, Douglas Mcllroy, and Joe Ossanna in 1971. Unix was written entirely in assembly language. It was rewritten in C by Dennis Ritchie in 1973. 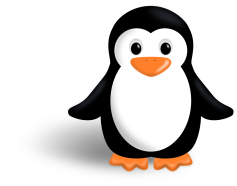 Linux was then Created by Linus Torvalds in 1991. Linux is a free, open source operating system. Linux is written in mostly C and some assembly. The OS source code can be modified for commercial or noncommercial use. Linux is used in all sorts of electronics such as phones, cars, refrigerators, DVRs, routers, and other devices. Linux is also used in supercomputers and servers. Android OS is based on the Linux kernel.

Linux uses different versions of Linux called distributions or distros for short. Linux distros are also lightweight and less resource heavy compared to Windows OS making most distros run fast on even lower end computers. Linux distros can be downloaded onto a USB drive or CD for free, or the CD can be purchased if desired. Unetbootin is a good program used to create Linux USB drives and CD’s, however some programs used to obtain Linux can become outdated or others can become recommended over prior ones. Linux4noobs is a great subreddit on Reddit to ask for suggestions on where you can go to download Linux. Some popular Distros are Arch Linux, Debian, Ubuntu, Fedora, and Mint. All distros are built around the Linux kernel.

Linux is very hands on making it a slightly less user friendly depending on the distro that you’re using. Installing programs(referred to as packages)can be a little difficult at first. Linux is alot harder to infect with hardware compared to Windows making it a relatively safe OS. Unlike Windows, Linux is case sensitive. A file with the name File.jpg and a file with the name file.jpg are two completely different files because of the capital and lower case F.

This information is referring only to the Linux desktop OS and not the Linux server. Linux is known as a very secure operating system. This is true, however there is a common misconception that Linux can’t be infected with malware. This is not true, while it is a lot harder to infect a Linux computer with malware it is still possible. Lets be clear on the fact that malware is used to describe all malicious software in general while a virus is a specific form of malware. Unfortunately a virus is commonly used as a broad term to define all types of malware which is technically incorrect. When present, malware on a Linux computer tends to show more overt like behavior such URL redirects or phishing emails as opposed to Windows malware which tends to show more passive like behavior such as a virus running as a background process.

Malware on Windows can run without the users permission such as a virus which can run in the background processes as a .exe file. With Linux if you do happen to come across malware it will not run without root access in which you would have to enter your password to grant access. If this happens to you, never enter your password if prompted after being redirected to a site or clicking on a link attached to an email. Certain Linux distros don’t even have an admin account.

Something that’s often overlooked is the fact that a significant amount of people use Windows and Mac more then Linux. This means that a lot more malware writers use Windows as a platform for malware infection. This is not the main reason why Linux is more secure but it’s still a significant factor. People who say that this is the only reason are in my opinion wrong because of the fact that Linux is such a strong knowledgeable community. If Linux were to become just as popular as Windows and MAC I think the fact that it is open source and can be updated and adjusted would play a big factor in Windows and MAC still being less secure. A lot of distros already have security in mind so I think a tech team behind a distro can negate most malware used by hackers. Phishing is obviously still different.

Most cautious users can use Linux for years without virus protection and not have their computers infected with any malware. However there is always the possibility of sending an email attachment or file to a Windows user without knowing that the file has malware code written for Windows. This doesn’t impact your computer but technically still means that your computer has malware on it if the file is infected. If the file is infected with malware it can still do damage to other non Linux computers your sending files to. There is also the possibility of being redirected to a phishing site since a phishing site is not directly infecting your computer with malware. While for most people spoof sites are obvious, it is still possible for someone to make one simple mistake that can infect their computer or somebody else’s. With a virus protection program you can scan the files before you send them and you can also avoid URL redirects to phishing sites. Sophos Virus protection for Linux is a good program to use. So yes Linux computers are more secure for multiple reasons, however it would still be a good idea to be just as cautious as you would be with Windows. This is especially important for beginner Linux users since they may not be aware that being careless can still get their Linux computer infected or information stolen at some point or another.

So it turns out Linux is used a lot for devices and super computers as well as being a desktop OS. Should you use Linux? After some getting used to it’s a decent desktop that is relatively secure. It’s free so you have nothing to loose. You can keep Windows on your computer when you install Linux giving your computer the option to use ether operating system. Installation guides can be found online. Be sure to read video ratting or reviews to make sure you are doing it the right way. As stated before Linux4noobs is a great place on Reddit where you can ask any kind of questions related to Linux. It is a very responsive Community.